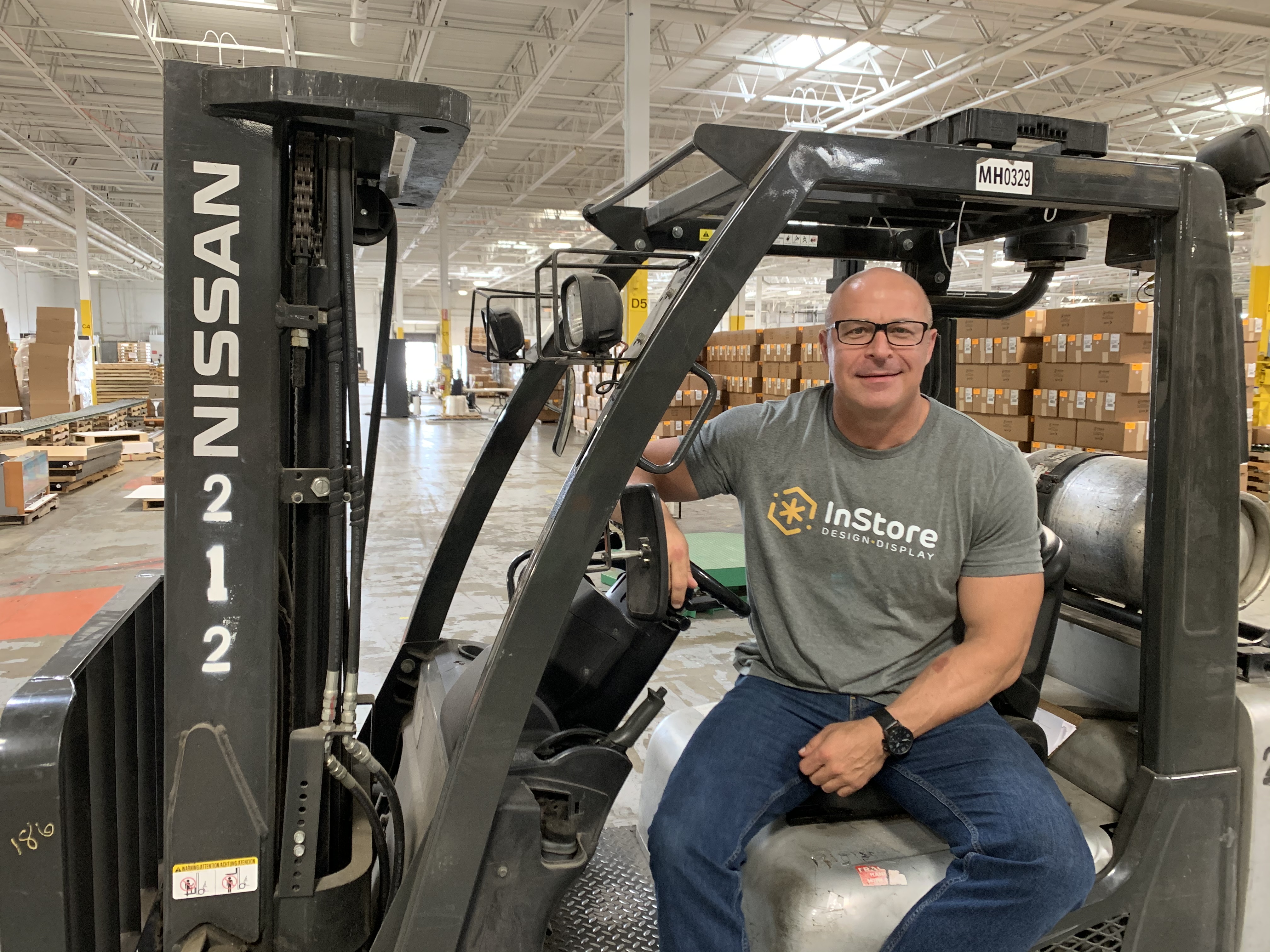 InStore Design Display is pleased to announce the addition of John Kill to our team as Finance Director. John joins the IDD team as a tenured and well-respected financial executive.

InStore Design Display is proud to be a small business. In a company our size, we tend to operate more like a family than mere coworkers. We want to not only introduce you to John, the successful financial executive, but also John, the father, outdoorsman, and world traveler.

John was born in Londonderry, Northern Ireland, and spent the early part of his childhood traveling the world due to his father’s service in the U.S. Navy. His family then settled in Kansas City for the later part of his primary education.

Upon high school graduation, he made the short trip to Lawrence, Kansas, where he earned his degree in Business Administration and Accounting at the University of Kansas. In between times spent “Paying Heed” to his Jayhawks in Allen Fieldhouse, John went on to get his MBA in Finance from KU.

Over the next 25 years, John led all aspects of accounting, finance, FP&A, excel modeling, financial and data analysis, and KPI reporting for both public and private companies. This included serving as the SVP and Chief Financial Officer for Kansas City’s C2FO.

In addition to his MBA, he is also a Certified Public Accountant and Certified Internal Auditor.

Don’t let his brilliant financial mind fool you, he doesn’t live behind a spreadsheet. Quite the opposite. When he isn’t creating efficiencies and solving business problems, you can find John enjoying the outdoors by hunting and fishing or pursuing new fitness goals.

John balances all of his professional and personal passions while raising his three children. He beamed with pride when telling us about them. If they are as busy as Mr. Kill, we know they keep him on his toes.

InStore Design Display is grateful to have such an all-around talented and passionate individual join our team. He’s already hard at work analyzing how to apply technology, process, and modernization to IDD workflows to increase efficiencies both internally and for our clients.

WELCOME TO THE FAMILY, John!

Are you ready to elevate your retail space or custom display experience?